SHIAQGA.COM
Shiaqga
How it works!
​​Shiaqga
By Man Found Standing, Native American Practitioner
​
The 3-beta-D-glucans which make up part of the cellular structure of the Shiaqga mushroom causes a pan-systemic modulation of T-Cells, Macrophages and Neutrophil White Blood Cells, when ingested.  In fact, it has been established that the number and viability of these particular cells has increased over 4000% within 20 hours after taking the Shiaqga Supplement!  Macrophages and Neutrophils are the two cells upon which all other Immune Cells depend.  You can have many viable B-Cells and T-Cells, but they will not be effective without the programming provided by these “Communicator” cells.

Shiaqga also contains bitter triterpene compounds that support the thymus and spleen (essential to insuring that immune cells are properly programmed), anti-tumor polysaccharides, blood pressure-reducing angiotensin re-uptake inhibitors, and perhaps the highest source of germanium in nature.
​
Germanium is an oxygen catalyst and one of the most powerful free-radical scavengers found in nature.  Germanium also has powerful effects on blood purification, assists the penetration of healing Far Infrared Rays, protection from cell phone and other electronic device pollution, relieving muscles, reducing fatigue, and much more.

​
​The Debate
For generations the political medical stance has been at odds with traditional remedies.  The modern medical establishment have a narrow way of thinking when it comes to understanding the therapeutic value of a plant.   Doctors and scientists look upon chemistry rather than seeing there is a much larger picture.  This leads them into the modern pharmaceutical practice of developing drugs for specific physiological effects.
​
They use their drugs to target one problem of the body but sadly in all cases there potent chemistry of their drugs is toxic to other areas of the body.

Natural Healers understand that the biochemical makeup is of major importance but there is quite a bit more to the healing properties of a plant.  Mother Earth blends small amounts of powerful ingredients together in plants to assist the human body in what it needs to heal.

For example, the Shiaqga Supplement utilizes the holistic properties of plants to create a synergized holistic benefit without the toxic side effects that are found in all modern drugs.  The body treats Shiaqga like a food and utilizes the ingredients for the healing benefits.​
​The Answer
There is value in both sides.  Sometimes it is very necessary for a high concentration of specific compounds in the form of modern pharmaceuticals to be taken to curtail a health crisis.  When the crisis has passed there is value in taking a more holistic body friendly approach.

The Shiaqga Supplement immediately assists the body's immune system but it also activates the stem cells to further assist in overall body healing.  Its complex chemistry has a profound effect to the body's health.

​The following is a list of some different complaints and medical issues for which the principle mechanisms of action in Shiaqga have been studied and for which positive scientific results have been reported:  ​
​Many other testimonials of health benefits of the Shiaqga Supplement have also been witnessed.  ​Some of them include:
​
​Scavengers:
In our modern lifestyle we are constantly bombarded by free radicals.  They enter the body through the air (especially from exhaust and cigarette smoke), the food we eat (notably processed foods), the un-pure water we drink, and are by-products of our own body’s attempt to metabolize toxins.

Free radicals are atoms or molecules that are missing or short an electron.  They are unstable and seek to regain stability by gaining that extra electron.  To do so they must attach to the electrons found in the compounds from which cells are constructed.  This changes the shape and function of those cells and causes damage to cellular structures such as DNA, ribosomes, mitochondria, RNA, and so forth.

The body is made up of cells, tissues, organs and whole organ systems.  These all becoming prey for the unstable free radicals.  ​In their search for the extra electron they require they relentlessly attack cells and often cause damage which is difficult for the body to repair.  These harmful free radicals are in abundance everywhere and it is estimated that each of the trillions of cells in the body is attacked over 10,000 times a day.
​
To the Rescue:
​An antioxidant is a molecule or even a single atom with at least one extra electron.  Antioxidants are needed in vast quantities to counter and stabilize free radicals and the damage they do.  The body’s immune system produces a great deal of antioxidants but they can be found many other places as well.  For example vitamins C, A, and E contain antioxidants, as do minerals.

One of the most powerful antioxidant substances currently known is the mineral germanium.  Shiaqga is loaded with this mineral with its concentration being one of the highest natural sources in nature.  Germanium along with the Beta-glucan molecules explained below cause a system immune modulation and response cascade.
​
Germanium has thirty-two electrons with four of them constantly moving unsteadily along its outermost shell.  These four electrons are negative-charge carriers.  At body temperatures, when approached by a toxic positive ion particle,  one of these four electrons will be ejected out of its orbit.  Hence, it assists in balancing the body's positive and negative ions which in modern life is difficult to do.

As stated earlier, Germanium has very powerful effects to enhance blood purification, assist in the penetration of healing Far Infrared Rays, as well as providing protection from cell phone and other electronic device (EMF) pollution, relieving muscles, reducing fatigue, and so much more.

​In other words, the Shiaqga Supplement causes the body to produce a vast number of the specific immune cells needed to make proper use of the antioxidants found in the food you eat, and at the same time it provides a powerful source of antioxidant germanium that you would not normally be able to acquire in any other way. 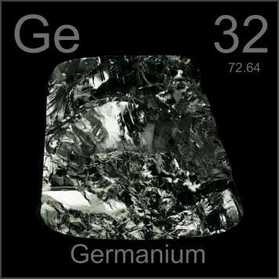 Shiaqga and Beta–glucans:
Billions of dollars worth of pharmacological studies from numerous American and European universities and hospitals have uncovered these healing and beneficial properties of Shiaqga.  Beta-glucans are biologically active molecules that are antidepressant, anti-diabetic, anti-leukemic, antimicrobial (fungus, bacteria, and virus), anti-tumor, anti-inflammatory, regulates blood pressure, reduces cholesterol, promotes healing, and much more.   The Beta-glucans in Shiaqga have been scientifically found to regulate production and function of basophil and eosinophil white blood cells, reducing inflammation, pain, and fever.

With all the wonderful healing properties of Beta-glucan the pharmaceutical and natural health industries have been bogged down in the costly process of obtaining true bio-available molecules.  True bioavailable Beta-glucan products were too costly for the average user and the lower cost alternatives were  highly ineffective.

Only recently was it discovered that the sacred Shiaqga mushroom of the Native Americans contained vastly greater amounts of this important Beta-glucan compound than any other source.  The Medicine Men and Women of the Northern Plateau shared their knowledge and approved of the distribution of Shiaqga outside of their own communities.

It has taken this discovery, the far-reaching impact, and the right team of people to now make the Shiaqga Supplement commercially available.

Shiaqga containing over 90,000,000 Beta-glucan molecules in every serving.  No other single source comes close to this amount. ​ 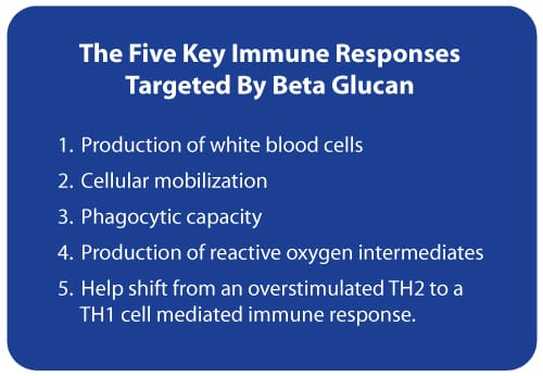 See our RESEARCH page for more information about the essential oils in Shiaqga.